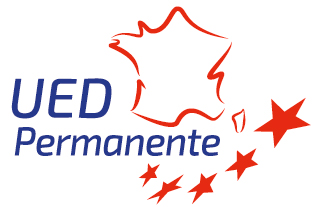 The Permanent University offers the opportunity to maintain the debates held in September at the Summer Defence Conference.

Designed as a consultation tool, such as workshops and exchanges, these regular meetings aim to extend the discussions and to open up reflections on the permanent issues of the sector.
Organized into small committees around key decision-makers in the defense business, these informal meetings are spread throughout the year.

Wednersday, January 31th 2018
On the theme "The Military Programming Law and the Revue stratégique  : In a unstable world, Dans un monde incertain et instable, how to keep for France a complete army model"
This meeting happened in Paris, With Arnaud Danjean, European MP and President of the redactionnal Committee of the Revue Stratégique, with Philippe Errera, Managing Director of the Armies Strategy and Jean-Jacques Bridey, Chairman of the Defence Committee of the French National Assembly.
RETEX available here
Wednersday, May 16th 2018:
On the theme of  " Challenges of the Digitization of the Armies"
This meeting has been opened with a debate between Mr. Thomas GASSILOUD, Rhône MP and deputy-rapporteur of the committee on  Challenges of the Digitization of the Armies, and Vice-Admiral  Arnaud COUSTILLERE, Managing Director of  DGSIC.